Characteristics of the New England Colonies 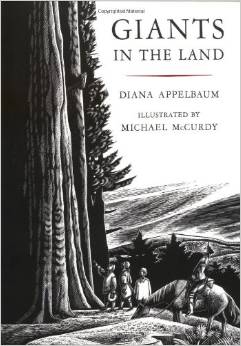 John Rolfe, in the Virginia Colony, developed an export crop of tobacco. In the New England Colonies, a colder region, tobacco could not be grown. The New Englanders created an economy based on farming grains, fishing, whaling, and logging. A perfect book to read at this point would be Giants in the Land by Diana Abblebaum with beautiful block print style images by Michael McCurdy.

This book reveals how giant trees, of the size and type no longer available in Western Europe, were cut in New England and used for masts for the Royal Navy. If you are willing, another picture book to read could be Whaling with pictures by David Frampton.

Right from the start, the colonies began to forge for themselves unique occupations, and lifestyles, suited to both the climate and available resources.